You are here: Home / Demographics 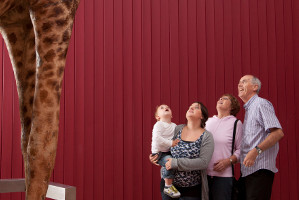 Changes in the composition of society will have a profound effect on the future of domestic leisure tourism. Socio-demographic trends cover a broad range of drivers from changes in the age distribution of society to developments in the nature and make-up of families. Understanding how demographic trends will develop – and how they interact with other trends – is crucial in widening our understanding of the future tourism market in England.

Over the next decade, English society will age steadily, with increasing numbers of people aged over 50 and a rise in the average age of society. Most of this growth is concentrated amongst the over 80s (which will grow by 19% by 2020), but both the 50-64 year olds and 65-79 year old age groups will also see significant growth. One of the main drivers of this ageing population is rising life expectancy, with people generally living longer and longer. However, another factor is the large baby boomer generation, born in the 15-20 years after the Second World War, gradually ageing. This generation is far more leisure focussed (and in many cases, more affluent) than previous generations of older people, and as such will have profound implications for future tourism behaviour in the UK.

Families are changing shape in the UK. In previous decades, when life expectancy was lower and fertility rates higher, families were likely to have fewer tiers (so for example, it would be unlikely that children would have known their great-grandparents) but those tiers would be wider (individuals would be likely to have more siblings and cousins). This family shape is referred to as ‘horizontal’. Over the past few decades, life expectancy has risen steadily, and fertility has dropped sharply, meaning that families are more likely to be ‘vertical’ than horizontal – with children having few siblings and cousins, but being much more likely to know their grandparents and great-grandparents.

There are clear implications for domestic leisure tourism, with perhaps the most stark being an increase in intergenerational trips, or trips involving grandparents and grandchildren (but not parents).

Although historically the fertility rate in England is low (measured by calculating the number of babies per woman of child bearing age), over the past 15 years there has been a sustained rise in the number of births, creating a mini baby boom. This rise is expected to continue over the next decade, with the fertility rate expected to reach 1.90 in the UK between 2015 and 2020 (from 1.66 during 2000 to 2005).

As with the Ageing Population and the Vertical Family, this trend is helping to change the shape of the family – something that will have significant knock on effects for domestic tourism. Increased grandparent involvement in childcare will see more intergenerational trips and leisure activities without parents.

Changes in the composition of the population has changed the shape of families across England and at the same time a shift in social values in recent decades has seen new types of family emerge – from gay and lesbian parents to more extended families linked by divorce or separation. These trends combine to create a greater diversity of family type than before – all far removed from the traditional image of the nuclear family.

Across the tourism sector, businesses need to be agile to sharply varying expectations, needs and demands caused by a huge array of different family types and shapes.

The changing ethnic profile of England will cause profound social change over the next decade. After decades of slow growth, the proportion of people in England and Wales born outside the UK increased from 8.9% to 13.4% between 2001 and 2011 – a faster change than many anticipated. More widely, the non-white population of the UK continues to grow, with mixed race people the fastest growing group.

Tourism experts consider this market to be of increasing relevance – but its needs in relation to leisure tourism are thought to remain poorly understood by the sector. Individual businesses need to consider the needs and wants of both BME and immigrant population tourists – including the inbound VFR market.

Overall, the population of England will grow over the next decade, with much of that growth concentrated amongst rising numbers of over-50s (ageing society) and the sustained rise in the fertility rate (mini baby boom). However, not every section of society is growing; there will actually be a decline in the number of people aged 35-49 over the next few years, leading to a ‘squeezed middle’ generation.

This decline will have significant implications for domestic tourism. Many people in this 35-49 age group will be parents of young children, and have ageing parents themselves – both placing demands on their time, meaning more difficulty balancing work and life. This time pressure will intensify their desire for treats and short breaks as they look to relieve stress.

Between population growth and social change, the demographic make-up of England is changing significantly. But a further complexity is added when we consider the irregular way these trends manifest themselves in different parts of the country.

This means there is no ‘one size fits all’ approach – individual tourism businesses must be alert to specific challenges in their regions or markets.